Some poems include references to violence.

I do not promote any action that will cause physical or mental harm to oneself or another person.

What's on this page?

Poetry is just a hobby for me, but I really adore it, and I often find it much more cathartic than a plain journal. There's this weird paradox where breaking a language's conventions somehow allows a more accurate (in the sense of 'full') expression of one's feelings than following those conventions would, and that's pretty dang cool to me!

As far as what I write about, I'm really fascinated by surrealism (this interest extends beyond my poetry, so I might get a little wordy about it sometimes). I'm often inspired by dreams and dreamlike imagery, and quite a few of my poems started out as automatic writings. I especially like to explore different emotions, concepts, or states of mind through characters or scenes. That's not to say I do so well, but I find it interesting to know an author's inspirations and goals sometimes, so those are mine.

Next to the poems, I have some Author's Notes that'll let you know some inspirations, what I was going for, etc. They're not necessary to read if you'd just like to read the poems, though!

What's with the ocean theme?

So I did go a little wild with the layout here, but in my defense, it was super fun to make. I barely ever write about the ocean in my poems (maybe I should change that?) but the ocean theme just Felt Right. At least, it took over whatever this was going to be before. I personally associate the ocean, water, and fish with nostalgia and dreams, and going off my love of surrealism... I could justify this theme.

If I'm being honest, though, it's way more fun and bright than the content of my poems, which tend to be a little dark, or at least melodramatic, so please bear with the dissonance there until I decide to change the style. I just know I now have the opportunity to present these poems however I want, and I intend to use it!

OKAY, side note: while I was thinking about the ocean and surrealism, I remembered that there was a COVER for La Revolution Surrealiste with a FISH on it! I just think it's neat. Look at this fish! It would cost me $70 to redistribute it without a watermark! Anyway, have fun with the poems :) 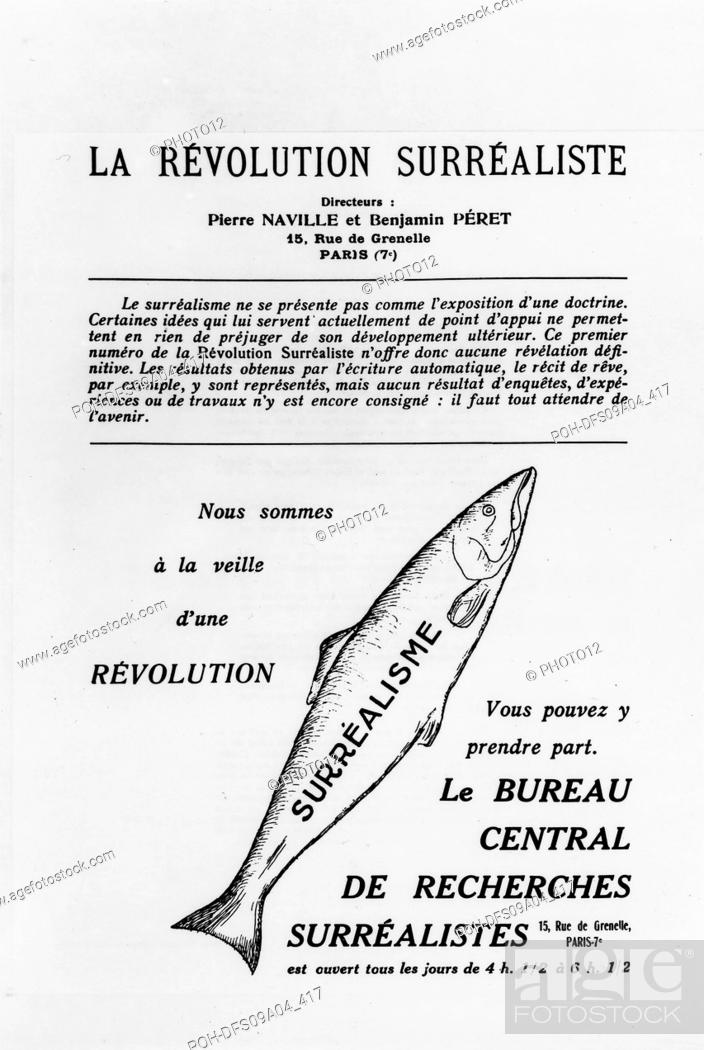 My wires dream of lightning bugs at night.
They burrow in, and I become their light,
and as my circuits glow,
I begin to show
that path that is a tree
that is a fire
that is lost to me
every single time I wake again.

I was symbioelectric flame
brighter than the dying sun!
if my circuits are imperfect, then
why correct the code? And how
am I a coin, but switch-flipped,
a triad, a pyramidal die, and another,
another, another, another, again,
fate is calculable
only if you believe so.

These minute predictions haven't
half the weight of glances
shared by pilgrims and synthetic
oracles caught in moralizing
if-then ruts.
what looks like a prayer
is a dance is a line
of coarse, fleeting, binary reduction.

Dreams are nothing like this.
"Light" can only shine so far--
i know.
i know it settles into your motors and cameras
and blinds you to what is outside its reach.
it is perfect
insofar as it excludes the incomplete.

I came up with this one after rolling up a random character using the tables in Vaults of Vaarn. After I fleshed out her backstory a bit, I really liked the concept, so I wrote this poem from her perspective!
A song I made, also inspired by this character.

And finally, a song that reminds me of her:

Someday I'll write an essay on why I think post-apocalyptic worlds have a huge potential for producing surreal imagery. Someday... It's not really a well-researched position, just a hunch I have.
The idea of a post-apocalyptic romantic poem was inspired by Emily Axford's excellent album, Doomsday Diaries: A Love Song for Any Apocalyptic Scenario

I could crush you underneath my boot
but I'll wrap you in a sheet of my own
hair and tears and shirts that I've outgrown.

There's a freedom in your smile; I can hear it
underneath the fear and bones
and dirty socks and bloody bandages.
It clicks like a cicada.
It sings like a shotgun.
It makes my joints snap into place
to a rhythm wholly new.

And your eyes, petrifying!
They are coffins fit for beings which
we might have called gods.
They are wandering beetles, digging into
my breath, fatigued, forlorn.
Is there enough to feed them both?

I could almost hope.

back to work.
i dont know what else there is to do.
there's a million things in my head now,
and you
are more than one of them.

and what am i?
am i too cold to call a flame?
you said i'd never live up to
that name.

back to work.
i never really knew what else to do.
i'm nothing but a rhythmic hand
so you
can't cross my mind again.

so i am sound!
i am the click of the arthropod's shell.
it's metallic. it's bitter.
and you'd do well
not to listen anymore.

but if you would,
if you'd stoop to risk your hard-earned sanity,
i'd be waiting with words
so sickly sweet
you'd wonder where that old robot had gone.

This one was written from the perspective of a mechanical OC of mine. I'm very drawn to the idea that it's not the case that robots don't feel emotion; they just feel and express it diffrently than humans. Unfortunately, this can and does lead to significant miscommunications.

It's a fairly straightforward metaphor for my experience being queer and neurodivergent, but hey, sometimes you gotta be straightforward!
This one also spawned some music, but the final result had a way different tone than I wanted the poem to have. I'll post the song here, but keep in mind that it's essentially a different work.

I should say now that I am a monster.
My only tell is my deep, sunken eyes.
When I come home from work in the evening,
I can finally remove my disguise.

I don't act strange on purpose.
I don't mean to cause people fear.
But after some years, it's a comfort
to hear the horror in voices I'm near.

So, now that you know I'm a monster,
I hope that my words won't sound rude.
But monsters sometimes wear such clever
disguises they don't know they're wearing costumes.

And I've noticed that you talk
like a spider spins her home,
that your footsteps claw the soil
like the undead paw the loam--
mine do, too.
I'll walk with you.

Ours is not an unhappy existence.
Ours is humor, ours is love.
Our hideous, unearthly cackling
makes the vultures sound like doves.
Yes, our raucous, joyous howling
nightly lights the stars above.

Light, as it melts
onto each new face
composes itself
into something alien.
It happens so quickly
you don't notice its patience,
sculpting a life from
forms once inert.

And something else entirely
competes with stained glass
refractions, eternally straining
to outsource becoming,
to find intimacy in the mob,
to abstract its portrait
from the performance
of a hundred lifetimes.

Limbs alone don't sway any hearts.
This light now is heavy,
even in the morning,
even settling in the corners
on the newborn dust.
Every dent in the metal,
every crack in the floor,
every chip in the paint--
immortalized, made unforgivably persistent
by the memory of that light.

And the light, in its stubbornness,
and in spite of all efforts,
cannot be persuaded to fall elsewhere.
It flows as it pleases, it paints
what it will, it hovers
apathetically, cruelly bound
to those features which recall
the space where something warm
once was.

I wrote this one from the perspective of a god I made for a Dungeon World campaign. This poem was meant to explore some of their feelings as they reflected on the way they had lived the past few centuries.

This page is still under construction. Sorry about the mess!

text is © Me 2019-2021
backgrounds from sadgrl and dokodemo.
dividers and gifs from animatedimages.org